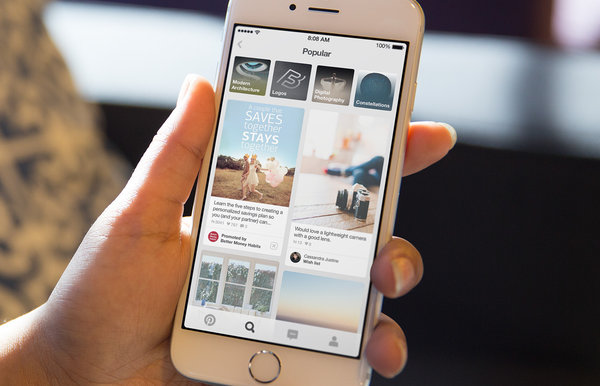 A quick glance at the digital scrapbook Pinterest makes it seem like the anti-Facebook. It has no stream filled with friends’ faces and baby pictures, but rather a sprawling, colorful grid of recipes, photographs of clothes and a shopping list of presents to buy for loved ones.

Yet Pinterest wants to be like Facebook in one notable way: Soon some of the slick-looking photos on its site may be advertisements from the world’s biggest consumer brands — ads, Pinterest hopes, users actually want to see.

On New Year’s Day, the company plans to start selling ads on the site to marketers, sounding the call that Pinterest is open for business and that it wants to compete for ad dollars with the likes of Google, Twitter and Facebook.

It is the first major step for Pinterest toward building a scalable business. And though its major competitors have been pursuing advertising for years, Pinterest says its strength stems from the very nature of its service, in which users create collections of items they want or gather information about places they want to go — so-called aspirational content. Think of Pinterest as a kind of digital corkboard for things you want to collect. A newly engaged couple, for instance, might type “wedding gifts” into the site’s search function, and Pinterest will serve up photos of items like matching bath towels, flatware or baking pans. From there, the couple can “pin,” or save for later, any items they are interested in or want others to buy for them.

Begun in Palo Alto, Calif., in 2010, the Pinterest site has grown to about 70 million users globally, according to estimates from comScore, the research company. Pinterest, which employs more than 450 people and is now based in San Francisco, has raised more than $760 million in venture capital. Despite having little to no revenue to speak of, the company is valued by investors at $5 billion, a striking amount even by Silicon Valley standards.

Ultimately, Pinterest aims to do for discovery what Google did for search. That is, instead of knowing what you want and letting Google tell you exactly where to find it, Pinterest wants to introduce people to new experiences and new things to buy.

That is where the advertising comes in. Introduced to a handful of advertising partners in a limited test in June, the new ads look much like the other content on Pinterest. Marketers pay to create a Promoted Pin ad, and target it to certain groups of people based on their location, sex and the type of topic they have shown interest in.

For example, a Promoted Pin from Kraft Foods, one of Pinterest’s early partners, could show up on a Pinterest board of chili recipes collected and browsed by someone who is on a mobile phone while grocery shopping.

Pinterest says early results are promising. Brand advertisers see Promoted Pins “re-pinned,” or shared by users, an average of 11 times per advertisement. That means that every ad will be seen, on average, by 30 percent more people than the brand paid to show it to because users have shared the ad with friends.

Creating ads that people not only enjoy but share with others is something marketers strive for but rarely accomplish.

“We’re aiming for the holy grail here: trying to provide the right content to the right people, at the right time,” said Dana Shank, an associate director at Kraft Foods. “To be on a platform where people are actively looking for that content? That’s invaluable to us.”

Many social networks, including Twitter, Facebook and Instagram, have similar so-called native advertising products, or ads that are made to look like the content on the service. But on Pinterest an advertisement for, say, Cinnamon Toast Crunch cereal, which is made by General Mills, another early Pinterest partner, may look a little more natural when mixed in with the wealth of recipes on the site.

“Advertisers tell us Pinterest is the only place where their brand feels truly welcome,” Ms. Bradford said.

Still, Pinterest has a lot of catching up to do. Facebook, which has more than 1.3 billion users, generated $3.2 billion in revenue last quarter. Google, the world’s pre-eminent search engine, had $16.5 billion in revenue for that period.

“Pinterest definitely has a lot of potential, because the nature of the activity is totally commercial,” said Debra Aho Williamson, principal analyst at eMarketer. “But if you look at where its business is compared to Facebook or Twitter, it still has a lot of work to do.”

It may also be a challenge for Pinterest to persuade advertisers to create custom content for yet another social media platform, a process that can be labor intensive and, if done poorly, costly and ineffective. Facebook hosts sessions called publishing garages, which help teach ad agencies and brands how to make the best type of ads for Facebook. Twitter, too, has a list of best practices and its own services for big-spending marketers.

Pinterest wants to try something similar. It will soon start the Pinstitute, its way of teaching marketers how to create the best ads for the site. All businesses will be invited to attend one of the quarterly sessions, which will begin in March.

But for now, Pinterest is focused on big brands with deep pockets — especially those that offer products that may not seem to be as natural a fit for Facebook or Twitter.

“On a lot of other social platforms, if people don’t see your information in their main stream, it’s not necessarily going to be seen at all,” said Jason Merideth, a brand manager for Dreyer’s Grand Ice Cream, another early Pinterest partner. “Pinterest is great because our ads are passed around for a long time like any other content.”

This site uses Akismet to reduce spam. Learn how your comment data is processed.

webcentsmagazine.com knows the challenges faced by creative retailers – we get it, because we've been in your shoes. Succeeding at online retailing, building and converting your social media presence and effectively managing technology are all critical to your online creative business.

If you own and run a creative business and sell your wares directly to the public, we're here to help you navigate the changing landscape of the internet to broaden your reach and grow your business. You need content that's tailored to your unique information needs – and we are on your team.

As a webcentsmagazine.com subscriber, you'll receive: 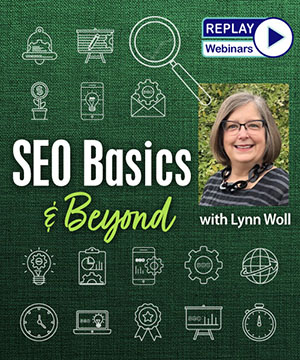 Do you have relevant experience working as a creative retail business owner (or working directly with them)?

Do you have expertise to share in the areas of online retailing, marketing strategies, social media, technology and apps, analytics, and educational tutorials and infographics and how each of these apply to the creative retail business owner?

We are accepting new applications for contributors and columnists. webcentsmagazine.com contributors and columnists must have online retailing experience, original, informative, and educational content, skilled writing and communication skills, and a positive voice. Additionally – an understanding of the unique needs and concerns of the creative retail business owner is a must.

We pay per article depending upon length and include a bio at the end or beginning of the article, featuring a photo and a brief description of what you do, including links to your website or blog.